Help Give a Grant! Promote Celebrate an Award! Encourage Support a Scholarship!

Episcopal Women's History Project--Support Us! Sustain Us! Join Us!

Women finding their way into roles that were acknowledged in the Episcopal Church has been a difficult pathway for discovering devoted dedicated workers. Women who loved their church were determined to accomplish their achievements. For years, the slogan was “The women raise the money; the men spend it.” Without the Episcopal Church Women, there might not be an Episcopal Church, because a church needs money, and the women knew how to raise that money. Women were gifted fundraisers. Yet early in the founding of the Episcopal Church in the United States of America, there were no women in public roles of leadership, although there were many women working diligently behind the curtains. Some steps were made as women could have roles in Christian Education—teaching the children was woman’s work. As time went on, a movement began in society at large demanding that women be paid for their work, that women were capable of doing many of the jobs that men did, and so women began to organize so there was a voice, actually many voices from women who knew their time was coming. The women of the Episcopal Church found voices as well.

The women of the Episcopal Church began to organize, and Episcopal movements grew, and accomplishments occurred from little mission chapels to grand cathedrals. Mary Sudman Donovan and Joanna Gillespie were friends who had been in graduate school at the same time. Very few women were going to graduate school at that time. Mary’s husband, Herb, was the Bishop of Arkansas and Joanna’s husband, David, was the Dean of Grace Cathedral in San Francisco. In the summer of 1980, Mary and Joanna were to be in New York, so they decided to open a door to women who might be interested in somehow documenting the history of the women in the Episcopal Church. Mary and Joanna are pictured here. Astonishing to Mary and Joanna, women came from all over, even from distant places. A Committee was formed, a Conference was planned, and an organization was born. Their stories needed to be researched, written, documented and shared. The Episcopal Women’s History Project began. 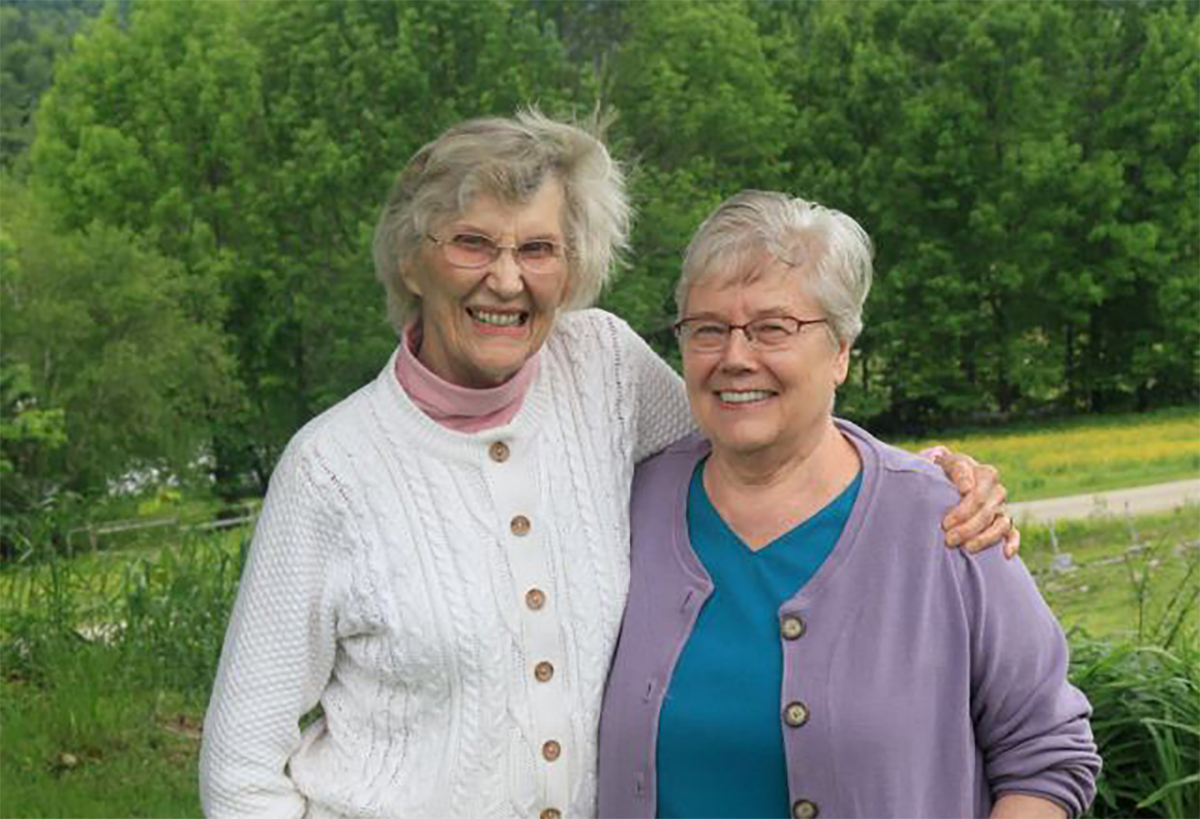 EWHP, as it is often called, has for the last forty years been finding ways to discover the stories of the women, documenting these stories, and archiving them for those who come later.

Accomplishments came to life. Immediately projects were created. Adventures were experienced. Fundraising began at once so that projects could be supported. Grants, Awards and Scholarships began to be offered to creative people who had stories of history to tell and projects full of vision and innovation. EWHP is now entering fundraising steps in the year 2021.

Support Us! Sustain Us! Join Us!